Finding and Using the Terminal 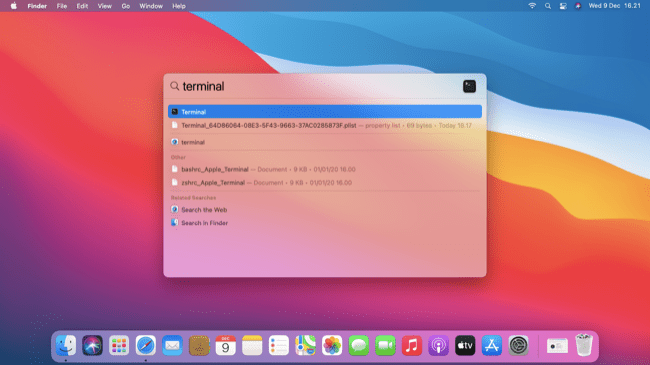 Try out the terminal application by entering a shell command:

Just a reminder to absolute beginners: Press "Enter" after you type the command.

The built-in Apple Terminal application is adequate but many developers install iTerm 2. It has more options for customization.

If you use the Visual Studio Code or Nova text editors, an integrated terminal application is included.

Some programmers will suggest you try Vim or Emacs. Either can make you an efficient coder, but they are command-line applications so the learning curve is steep. It's best to start with a graphical text editor if you're new to programming.

The most popular free text editor for developers is:

Here are older text editors that are less popular that you can still use:

If your budget allows it, there is a very nice new text editor for macOS:

You don’t need to install a text editor right now, but you will need one as soon as you start developing a web application.

Most developers know how to use a terminal application and basic Unix file commands to move around the computer. If Unix is new to you, you can use your file browser to create files and move around, picking up Unix as you go. To learn a little Unix, I recommend either Learn Enough Command Line to Be Dangerous or Zed Shaw’s free Command Line Crash Course to gain confidence with Unix shell commands.

Text editors have a lot of features, especially shortcuts for developer efficiency. You won’t need to learn everything to get started, but to level up, take a look at Learn Enough Text Editor to Be Dangerous .